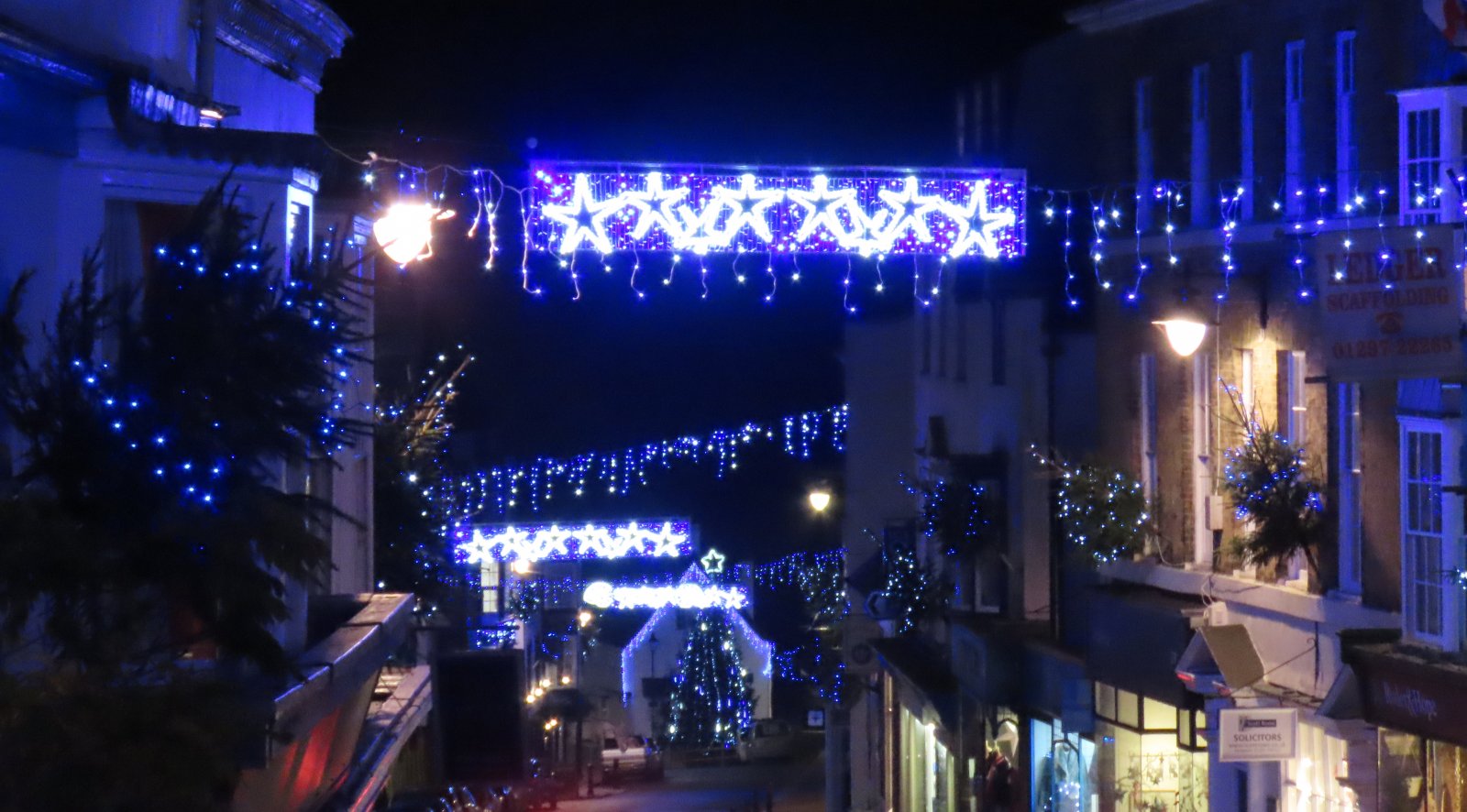 Record crowds descended on Broad Street on Saturday evening for the eagerly awaited switch on of the town’s impressive Christmas lights.
The afternoon’s festivities commenced with a Christmas lantern making workshop and competition at Lyme Regis Baptist Church which saw a record attendance with over 120 lanterns made, these were joined in the judging by many other entrants with lanterns made at home.

Following the judging, the lantern parade made its way down Broad Street, illuminating the thousands of twinkling blue and white super bright LED lights in its wake. Lyme Regis Majorettes led the parade with a dazzling and energetic routine followed by the mayor, Councillor Brian Larcombe MBE; mayoress Wendy Larcombe; town crier Alan Vian and local resident Andrew Hodder who had been selected to switch on the lights in honour of his fundraising efforts for the Christmas Lights Committee.

The parade reached Bell Cliff where there were cheers and gasps of wonder from the thousands of excited onlookers as the stunning Christmas tree was illuminated.

Lyme Luggers ukulele band entertained the crowds at Bell Cliff before the parade commenced and Lyme Morris added to the festive atmosphere after the switch on with their traditional dance to the beat of drums, hum of accordions, sound of bells tinkling and sticks knocking.

Rob James from Lyme Regis Christmas Lights Committee commented "There was a fantastic atmosphere in Broad Street, it was wonderful to see so many families and children coming into the town to take part in the switch on, we could not have asked for a better turnout.”

“The committee are delighted with the incredibly positive response we have received both in person and on social media with thousands commenting, sharing and liking content relating to the display which makes all our work during the past 12 months worth it. “

“We are so grateful to our sponsors Lyme Bay Holidays, Swim, St Austell Brewery and Toad Hall Cottages for their support along with many other local businesses, the Town Council, Rotary Club, Penn Farm for donating the tree, Judith Pothecary for sponsoring the lantern competition and members of the local community who have generously contributed to our fundraising efforts”.

The lights will continue to twinkle until the first week of January, taking the town into a bright and colourful New Year.